Southern Coalition for Social Justice works to challenge barriers to voting access and to dismantle structural racism and oppression.

Founded in 2007, the Southern Coalition for Social Justice (SCSJ), based in North Carolina, seeks to dismantle structural racism and oppression. SCSJ works on three main issue-based projects: voting rights, justice system reform, and youth justice. Through the voting rights program, SCSJ fights to protect the voting rights of communities of color. SCSJ engages in election protection work year-round, focusing on litigation and advocacy to ensure that voting barriers are removed and that election administration is conducted in a manner that is as inclusive as possible. 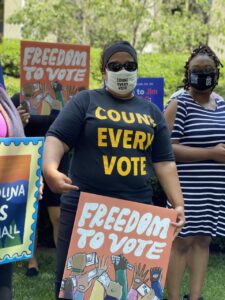 SCSJ believes in the ability of and need for local and state actors to drive election protection work. Therefore, SCSJ works carefully to ensure that it is contributing to, not detracting from, grassroots capacity building and that it is invited to work in partnership. In SCSJ’s words, the organization does not intend to “parachute in, but rather it wants to leave partners stronger and better equipped to deal with whatever election-related contingencies that arise.” Its hope is that more states will embrace this model and that more local and state actors will exercise agency over their own election protection programs. SCSJ also works to achieve fair redistricting for the communities it serves with its CROWD (Community Redistricting Organizations Working for Democracy) Academy Initiative. The CROWD Academy is designed to engage communities in redistricting processes, and the ultimate focus is on base-building and supporting talent and expertise within SCSJ’s communities. 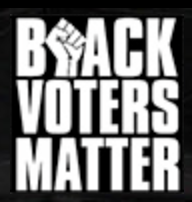